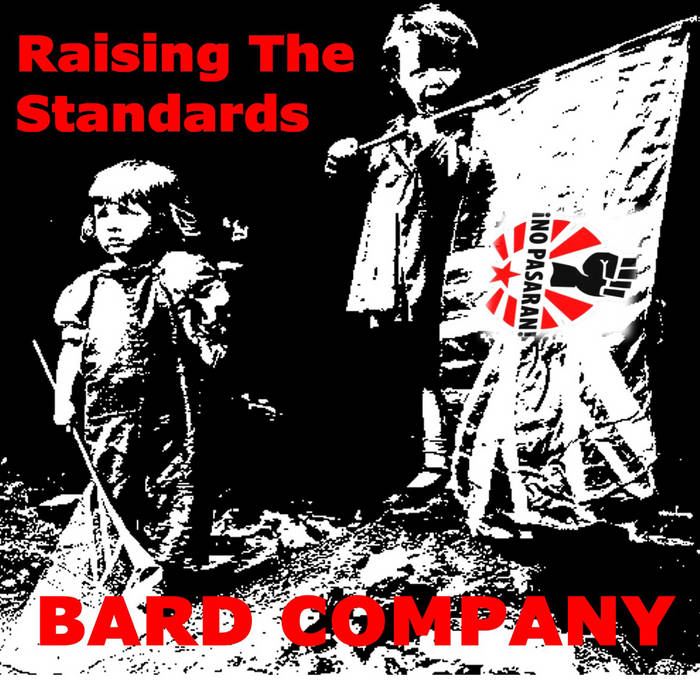 From Wigan to Wakefield and all points between, this quarrelsome quartet of angry Socialists have delivered a message of rebellion, solidarity and community spirit in an imperfect and blemished world.
Impassioned performances at festivals like Banners Held High, Peterloo 200, The Green Gathering, The Chartists Festival, 0161, Strummercamp and Wigan Diggers, alongside gigs in churches, pubs, museums and theatres, have seen Bard Company giving anthemic voice to principles carried in the hearts of the many, not the few.
Building on their debut CD, All Systems Go, the revolutionary ranters, with a smattering of satire, are back to lay siege to the selfish and greedy excesses of society and to celebrate the heroism and fine principles of Socialist warriors, historical and contemporary.
Just when you thought it was safe to drift back into apathy and indifference ... Rocky, Punky, Cheesy and Bolshie are back. Shouting. Roaring. And Raising The Standards.

The Crows Of Albion Wigan, UK

Bandcamp Daily  your guide to the world of Bandcamp

Featuring interviews with the mighty Haitus Kaiyote and genre-busting L'Rain.